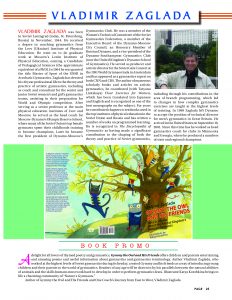 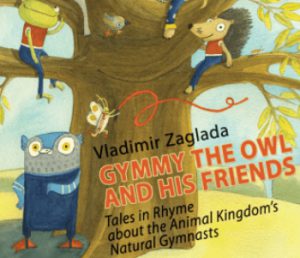 This is a very recent ( October, 2019) advertisement of my book   ” Gymmy the Owl and His Friends…”, made by Global Summit House especially for the Frankfurt Book Fair – 2019 ( Germany). This company published a nicely illustrated  magazine in which my Little Gymnastics Instructor  and His Journey to the World of Gymnastics had own page # 42.

You can read my biography and short promo about this fantastic book. I am very honest: it was a real fan to write this poetry book after the book of my Life in Gymnastics  ” One Coach’s Journey from East to West…” which was published in the United States of America (2010) and got a lot of positive references.

The book was published seven years ago, but as an Author of this book, I would like to express  my sincere appreciation of the great work of Nora  Seligman Favorov, a translator/editor of the English Version of the book and  Katya Korobkina, the Author of an amazing illustrations for the book:

A delight for all lovers of rhymed poetry and gymnastics, Gymmy the Owl and His Friends offers children and parents entertaining and amusing poems and useful information about gymnastics and gymnastics terminology. Author Vladimir Zaglada, who worked at the highest levels of Soviet gymnastics during its heyday, created Gymmy and his friends as a way of introducing young children and their parents to the world of gymnastics. Readers of any age will be drawn in by his parallels between the natural abilities of animals and the skills humans must work hard to develop in order to perform gymnastics feats. Illustrator Katya Korobkina brings to life a charming community of “Nature’s Gymnasts.”

Vladimir Zaglada was born in Soviet Leningrad (today, St. Petersburg, Russia) in November, 1944. He received a degree in coaching gymnastics from the Lvov (Ukraine) Institute of Physical Education. He went on to do graduate work at Moscow’s Lenin Institute of Physical Education, earning a Candidate of Pedagogical Sciences (the approximate equivalent of a PhD). In 1964 he was granted the title Master of Sport of the USSR in Acrobatic Gymnastics. Zaglada has devoted his 40 year professional life to the theory and practice of artistic gymnastics, including as coach and consultant for the senior and junior Soviet women’s and girl’s gymnastics teams, assisting in their preparation for World and Olympic competition. After serving as a senior professor at the main physical education institutes of Lvov and Moscow, he served as the head coach for Moscow-Dynamo’s Olympic Reserve School, where many of the Soviet Union’s top female gymnasts spent their childhoods training to become champions. Later he became the first president of Dynamo-Moscow’s Gymnastics Club. He was a member of the Women’s Technical Committee of the Soviet Gymnastics Federation, a member of the Executive Board of the Dynamo-Moscow City Council, an Honorary Member of Russian Dynamo, and a vice-president of the Dynamo-Southampton Gymnastics Club (now the United Kingdom’s Dynamo School of Gymnastics). He served as producer and artistic director for the Soviet Gala Concert at the 1991 World Gymnaestrada in Amsterdam and has appeared as a gymnastics expert on both CNN and CBS. The author of numerous scholarly books and articles on artistic gymnastics, he coauthored (with Tatyana Lisitskaya) Floor Exercises for Women, which has been translated into Japanese and English and is recognized as one of the best monographs on the subject. For years he contributed chapters to textbooks used in the top institutes of physical education in the Soviet Union and Russia and has written a number of works on programmed learning. He is recognized in The Encyclopedia of Gymnastics as having made a significant contribution to the shaping of both the theory and practice of Soviet gymnastics, including through his contributions in the area of branch programming, which
led to changes in how complex gymnastics exercises are taught at the highest levels of training. In 1999 Zaglada left Dynamo to accept the position of technical director for men’s gymnastics in Great Britain. He arrived in the United States on September 10, 2001. Since this time has he worked as head gymnastics coach for clubs in Minnesota and Georgia, where he produced a numbers of state and regional champions.

A native of New York City, Nora Seligman Favorov became obsessed with everything Russian while studying Russian language and history in college. During the Brezhnev era, she spent 15 months in Moscow, where she met her husband, Oleg. She has been translating Russian into English professionally for more than 20 years, specializing in history, literature, and poetry. She is associate editor of SlavFile, a newsletter dedicated to issues of Slavic<>English translation. Her translations appear regularly in Russian Life magazine. Gymmy the Owl and His Friends is her second translation for Vladimir Zaglada, the first being One Coach’s Journey from East to West (AuthorHouse: 2010). Among her other book-length translations are Oleg Khlevniuk’s Master of the House: Stalin and His Inner Circle (Yale UP: 2008) and Lev Berdnikov’s Jews in Service to the Tsar (Russian Life Books:2011). She has lived most of her adult life in Chapel Hill, North Carolina.

Illustrator Katya Korobkina was born in Maykop, in the republic of Adygeya. She studied art in Saratov and now lives in Moscow, where she works as an illustrator, theatrical artist, theatrical property master, and photographer.Her illustrations were recently published in The Frogs Who Begged for a Tsar, a collection of fables by the 19th century Russian writer, Ivan Krylov (Russian Life Books: 2010)

“THANKS FOR HELPING  US TO INTRODUCE GYMNASTICS PROPERLY” 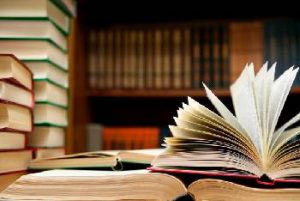 Below is the link to my first book “Floor Exercise for Women” which were published with my best ever writing partner, professor Tatiana Lisitskaya in USSR in 1977…

I am happy to represent this book because it was my first writing experience. I would like to be very honest talking about my First Writing Baby and convince you that our book provided the readers with most technical and methodical  approaches developed in USSR for many decades.

This book was a part of the All-Around  Set published in USSR at the end of 1970s. By the way, my very good Friend, American Ambassador of the Friendship between USA and USSR/Russia Great Mentor of USA GYMNASTICS Mr. Gary Goodson, Sr. made a translation of the whole set of Gymnastics All-Around books and published it.

Just let me time to put some more information about his tremendous work on the feald of the Development of USA Artistic Gymnastics.

My writing very knowledgeable partner Tatiana Lisitskays made an amazing choreography chapters, the Acrobatics Technology for the Floor Exercises was introduced by myself.

I put this my first book at my website having a very important reason: Artistic Gymnastics and particularly Floor Excercise made a huge increasement of the difficulty. The current FX is an amazing example how big this improvement is… This is why it is really important to see on which level of difficulty FX were just couple decades before… 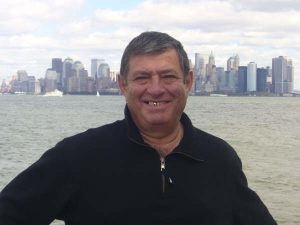